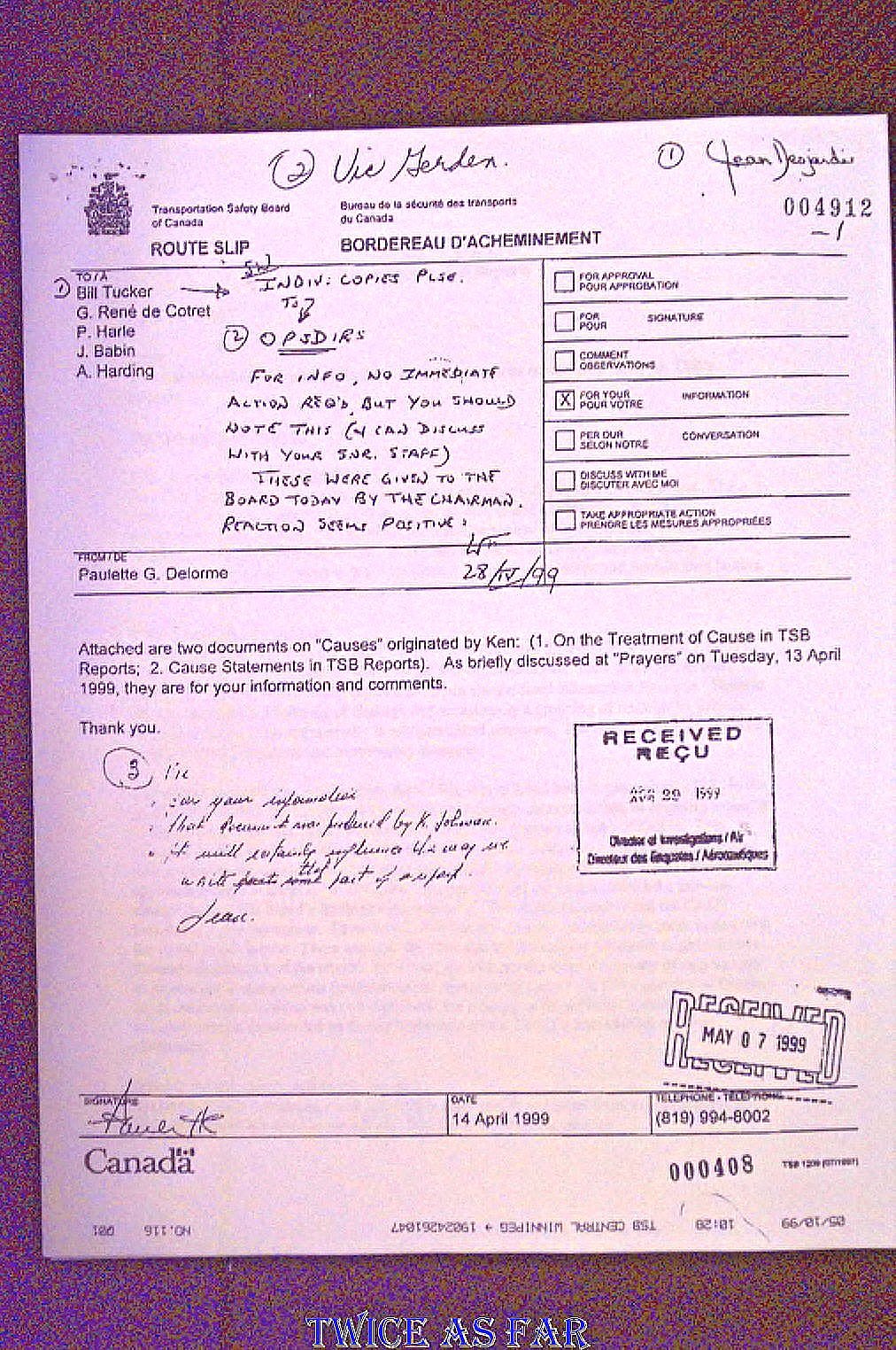 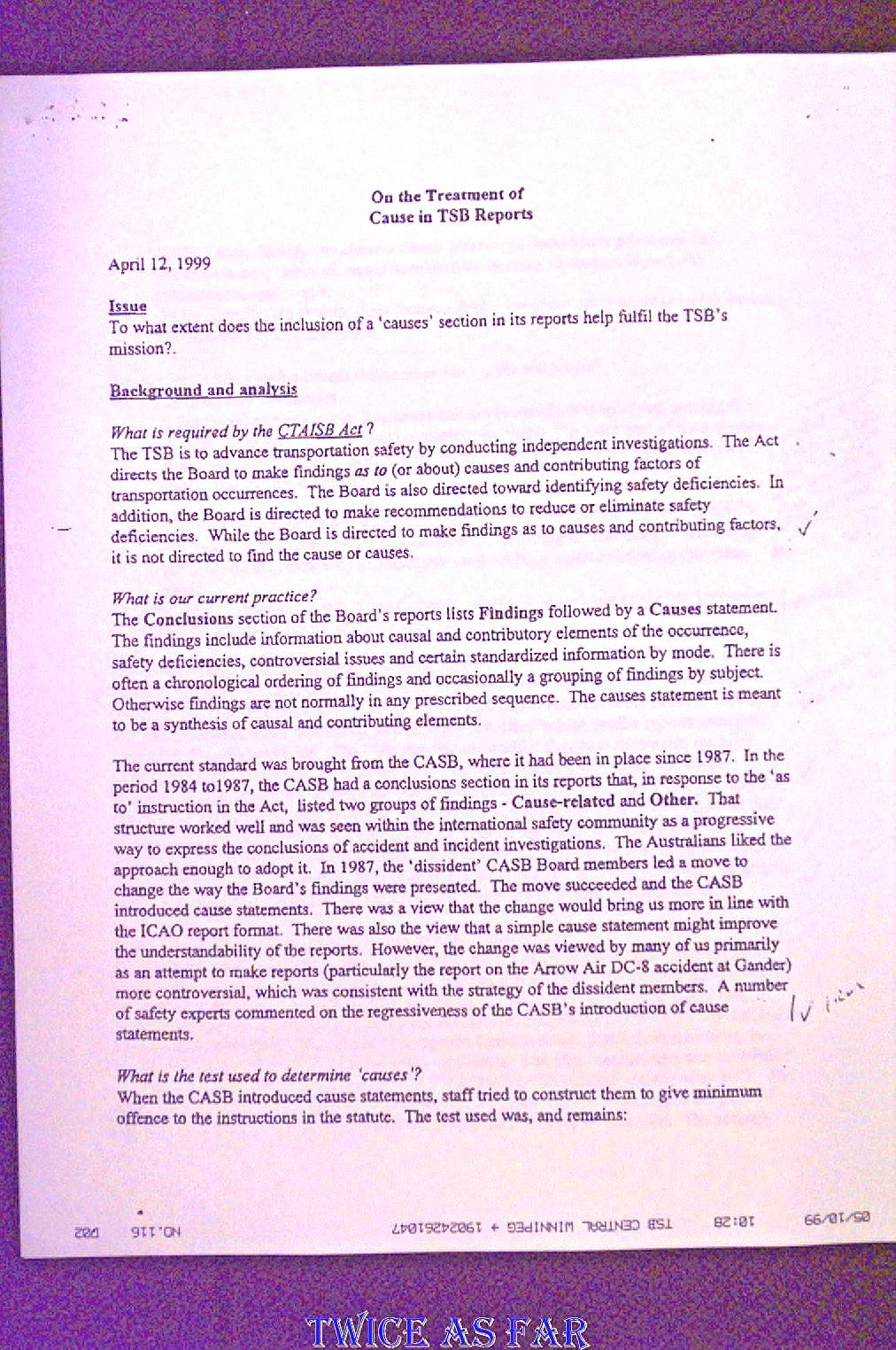 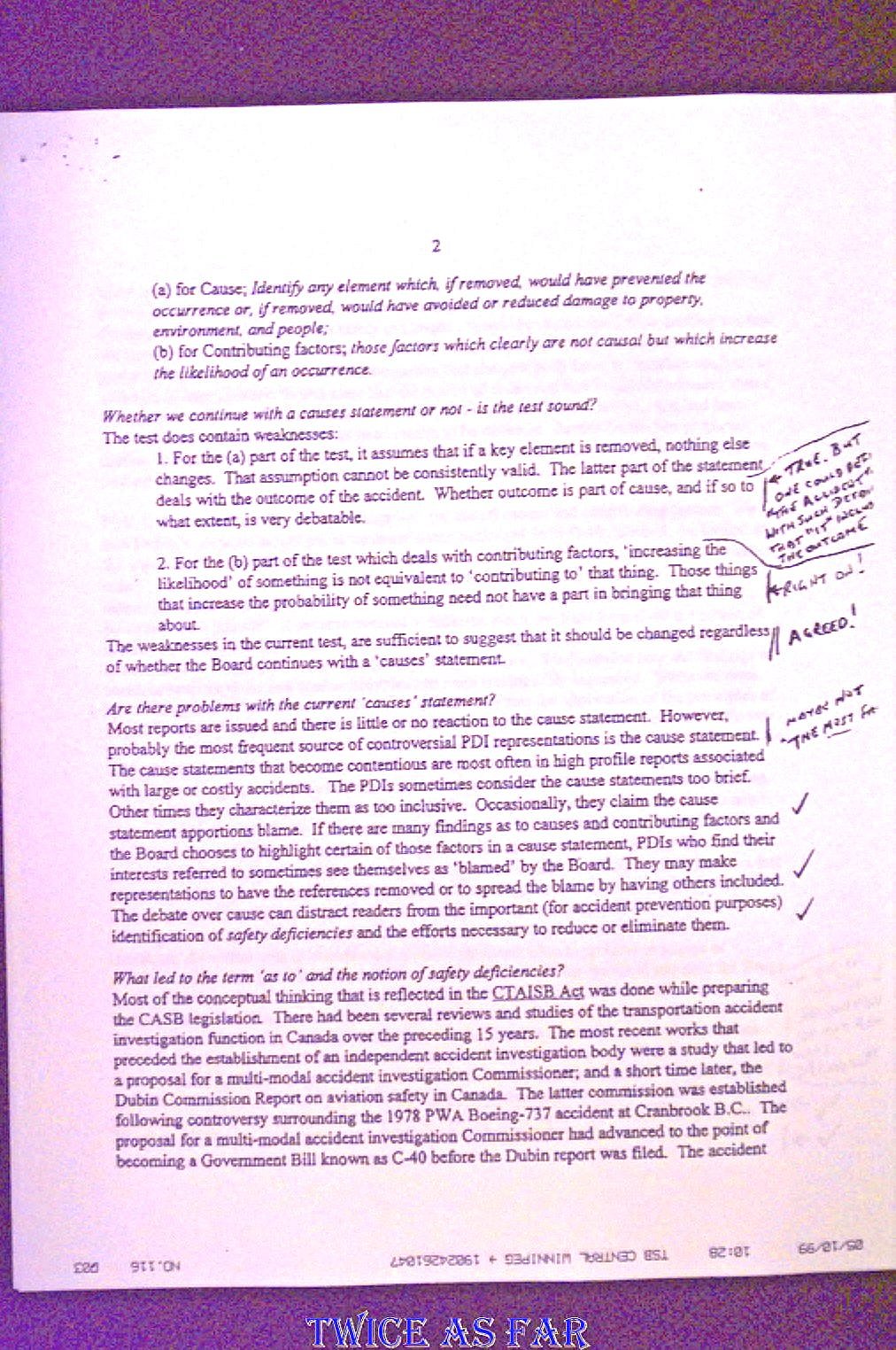 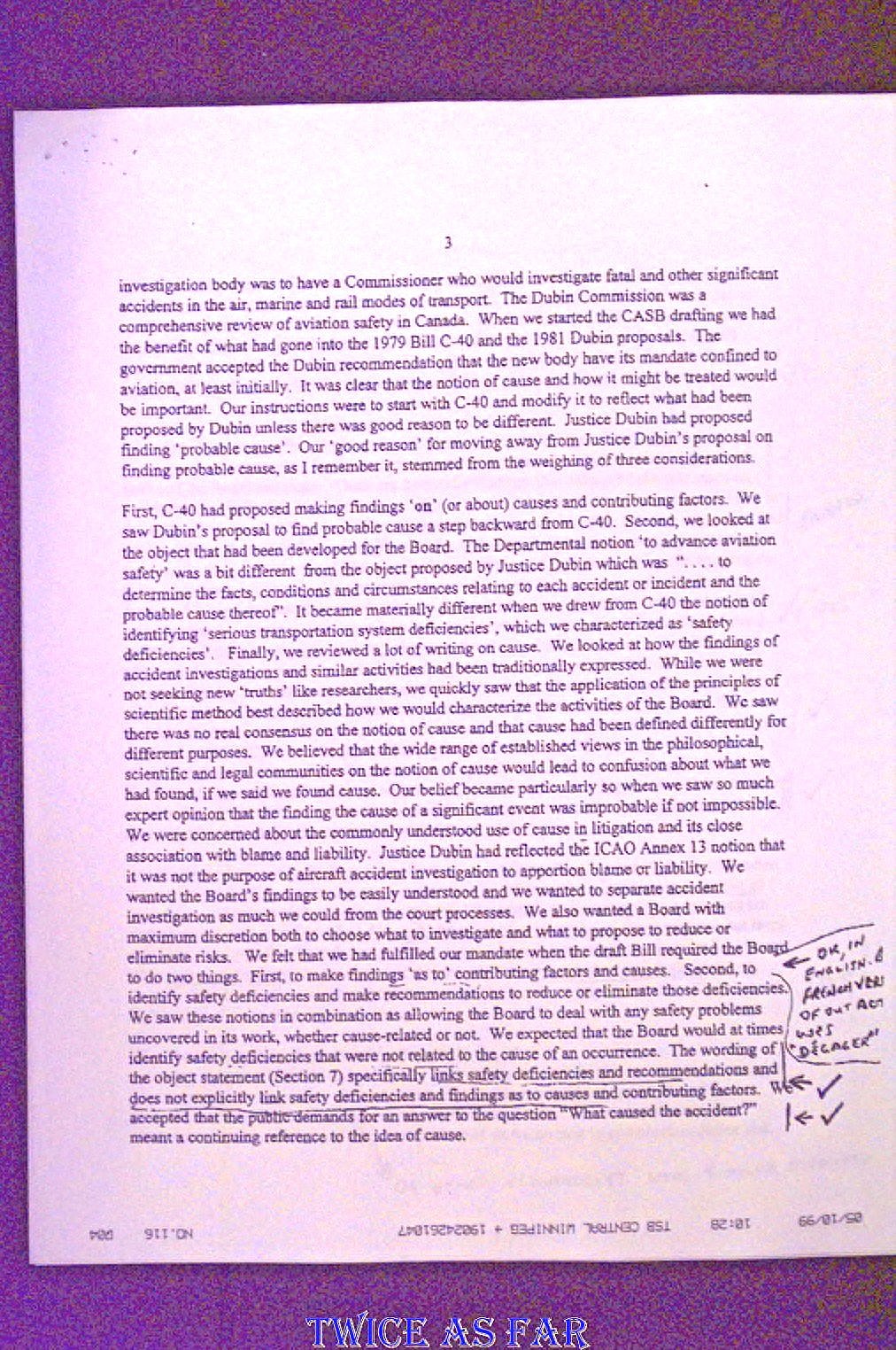 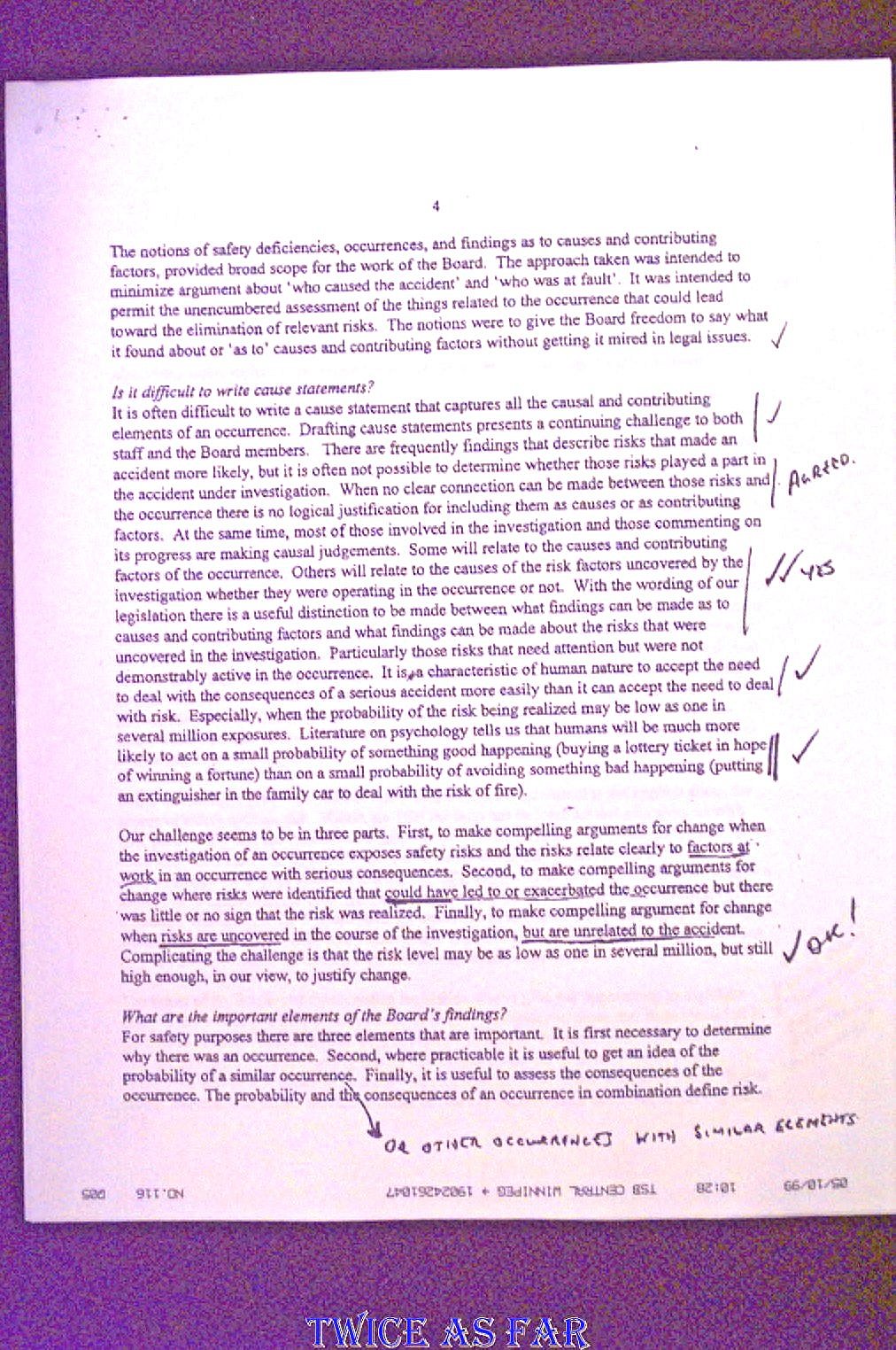 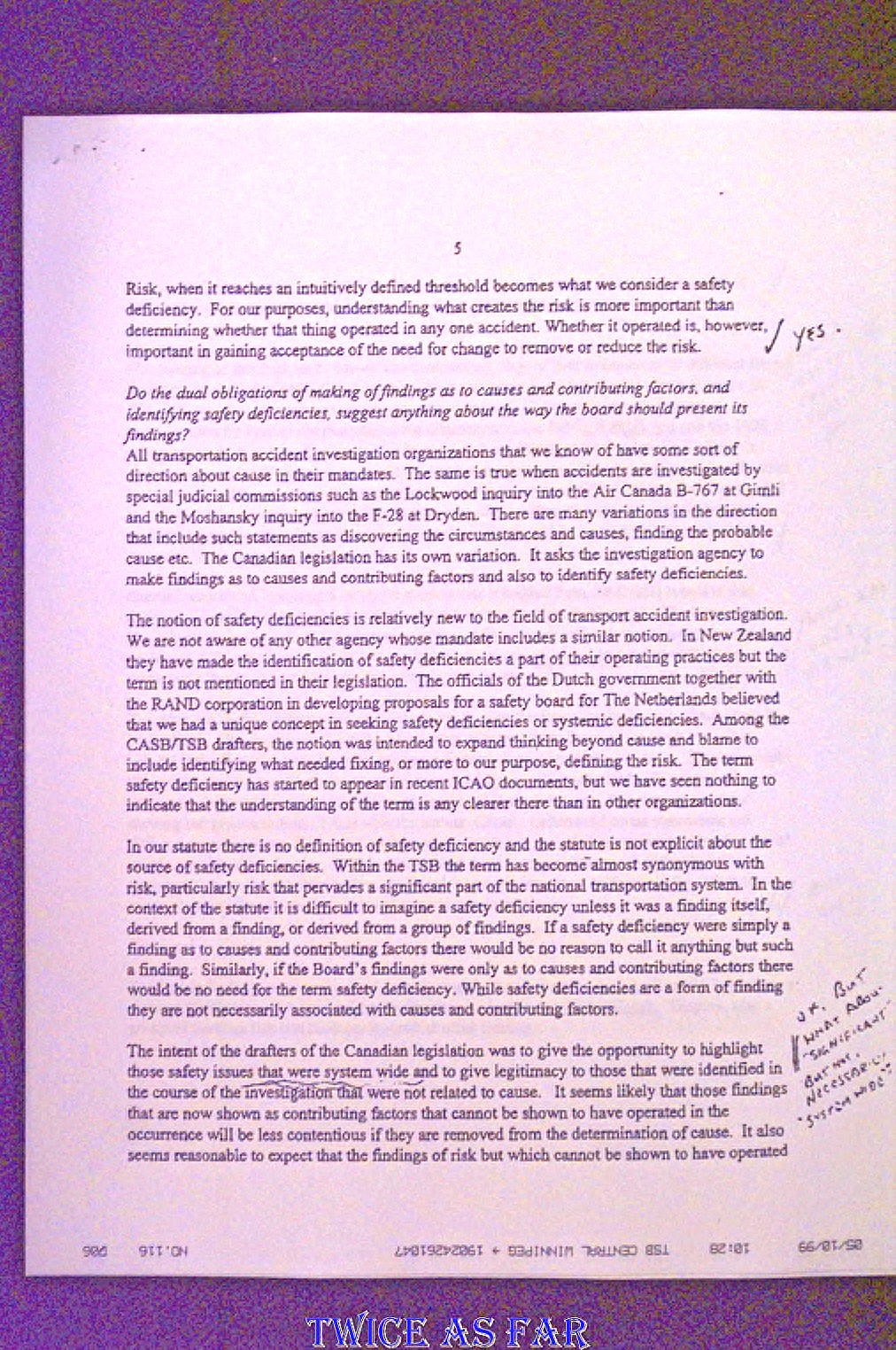 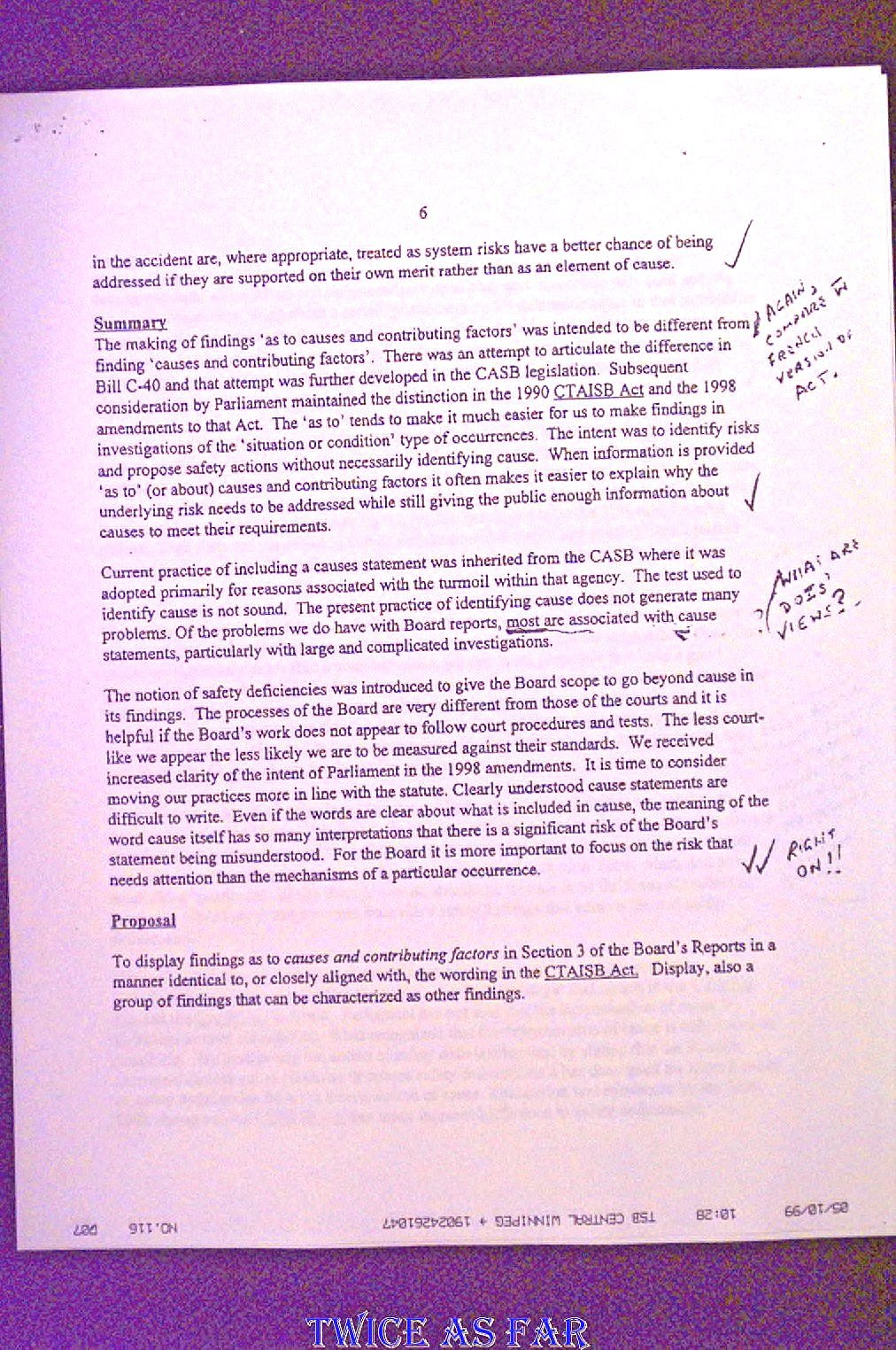 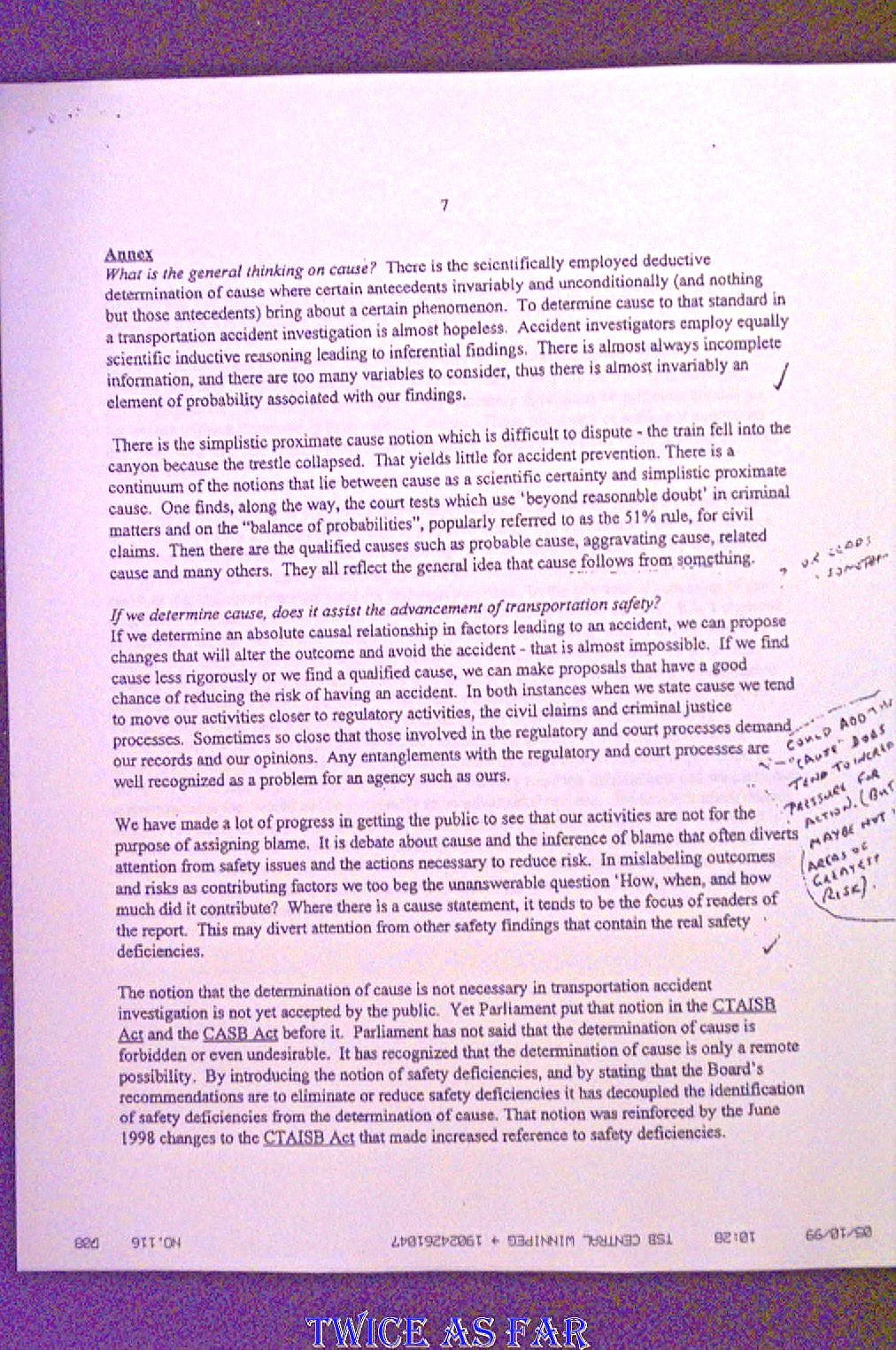 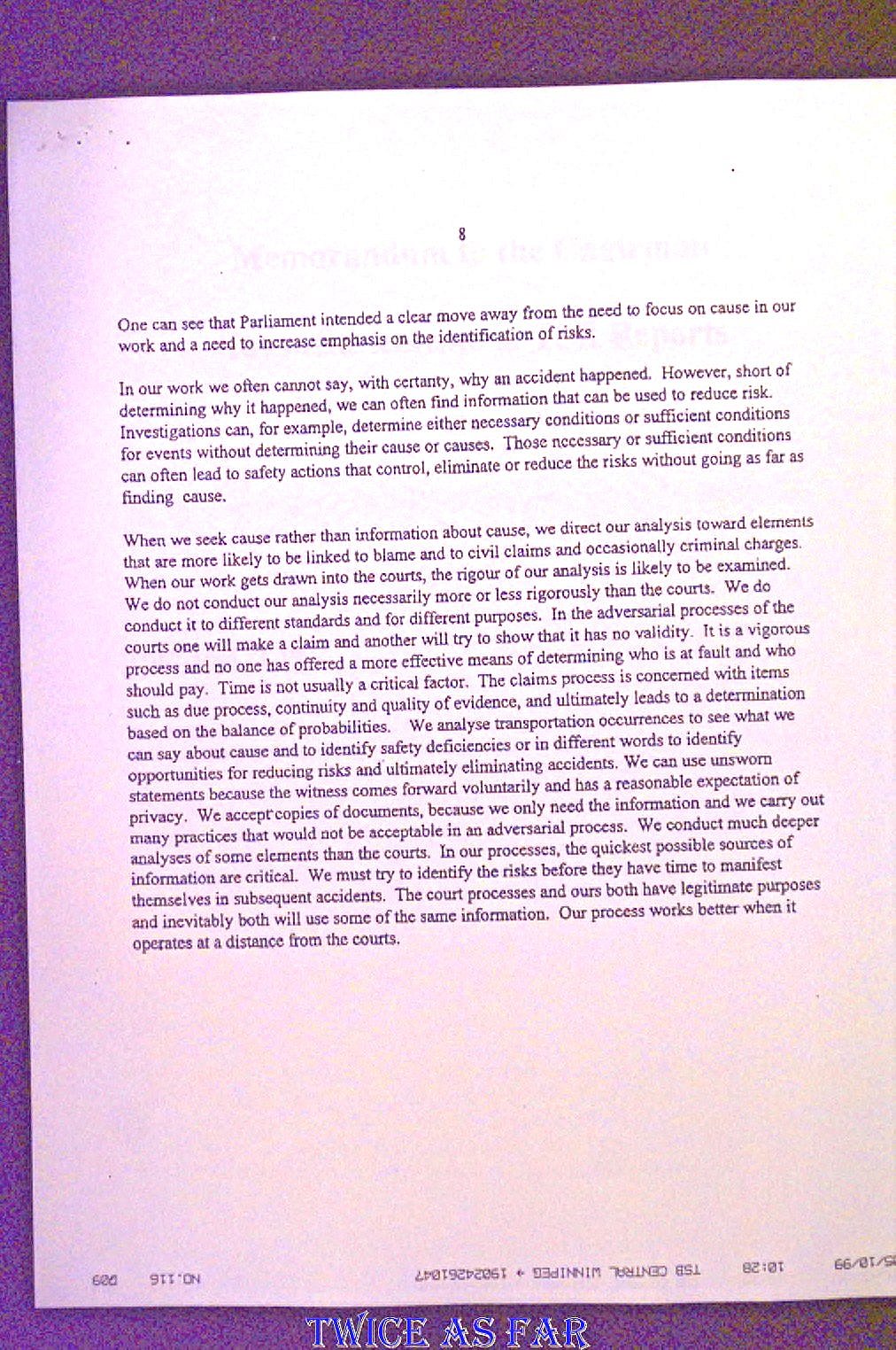 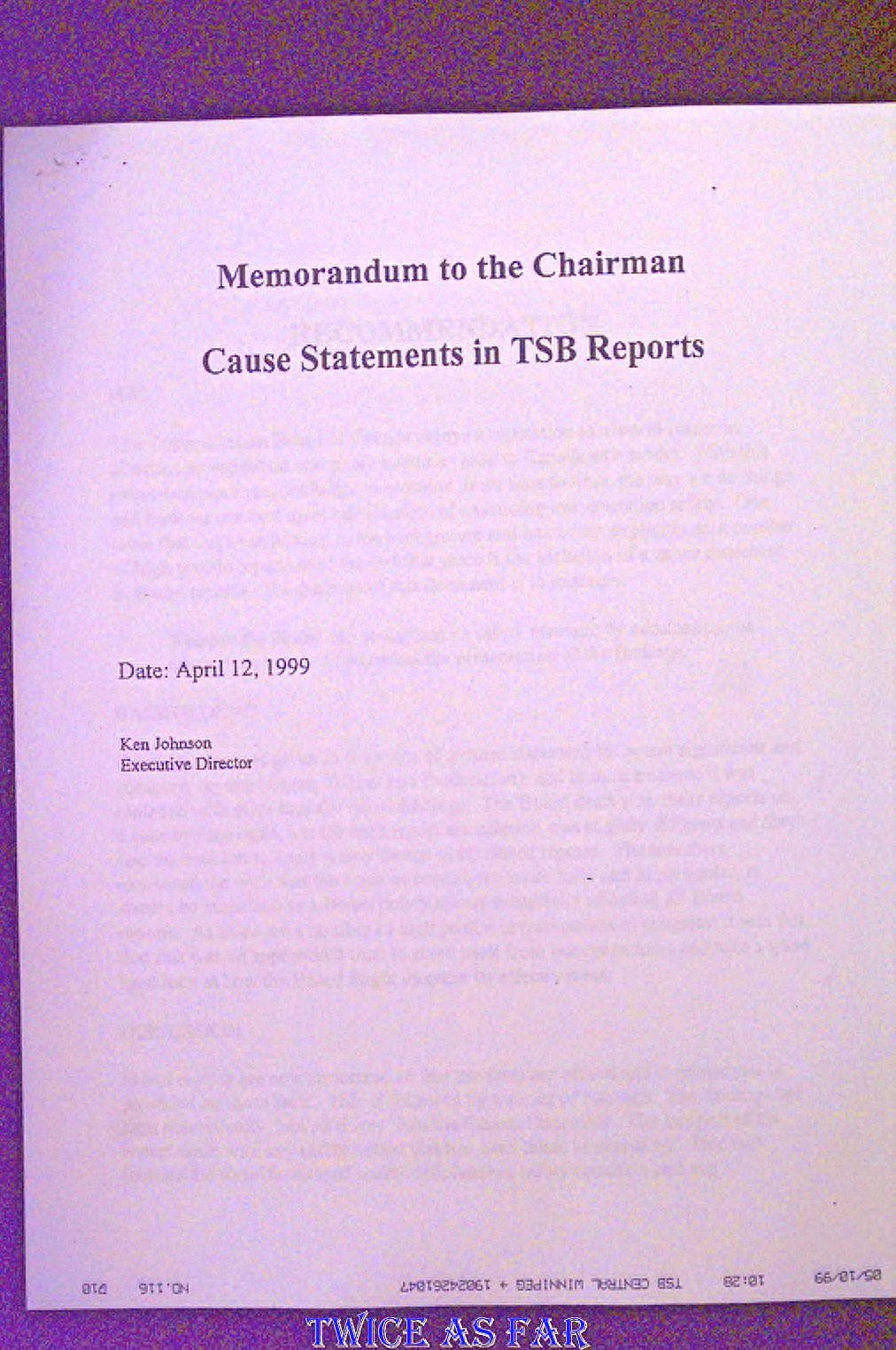 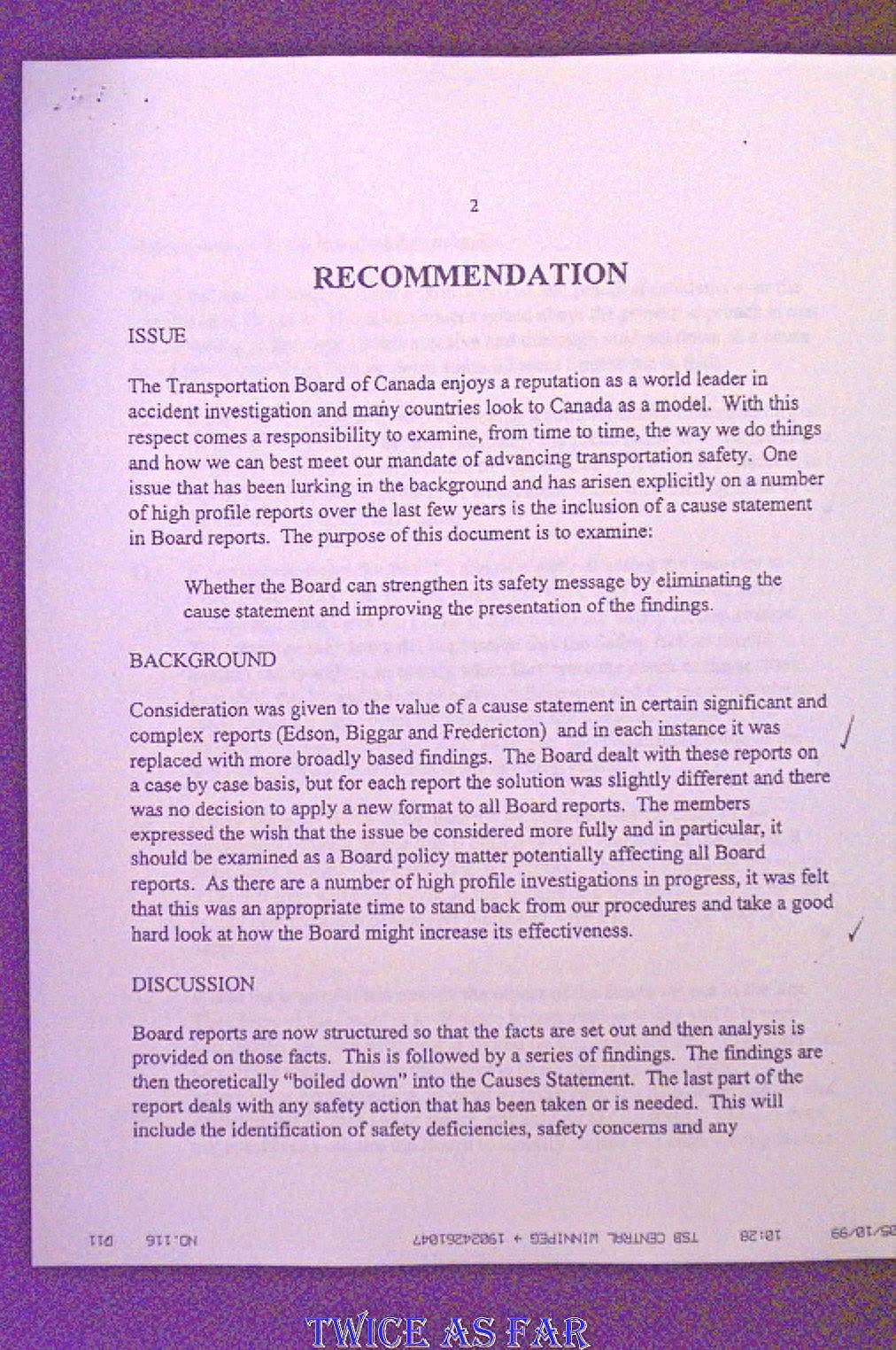 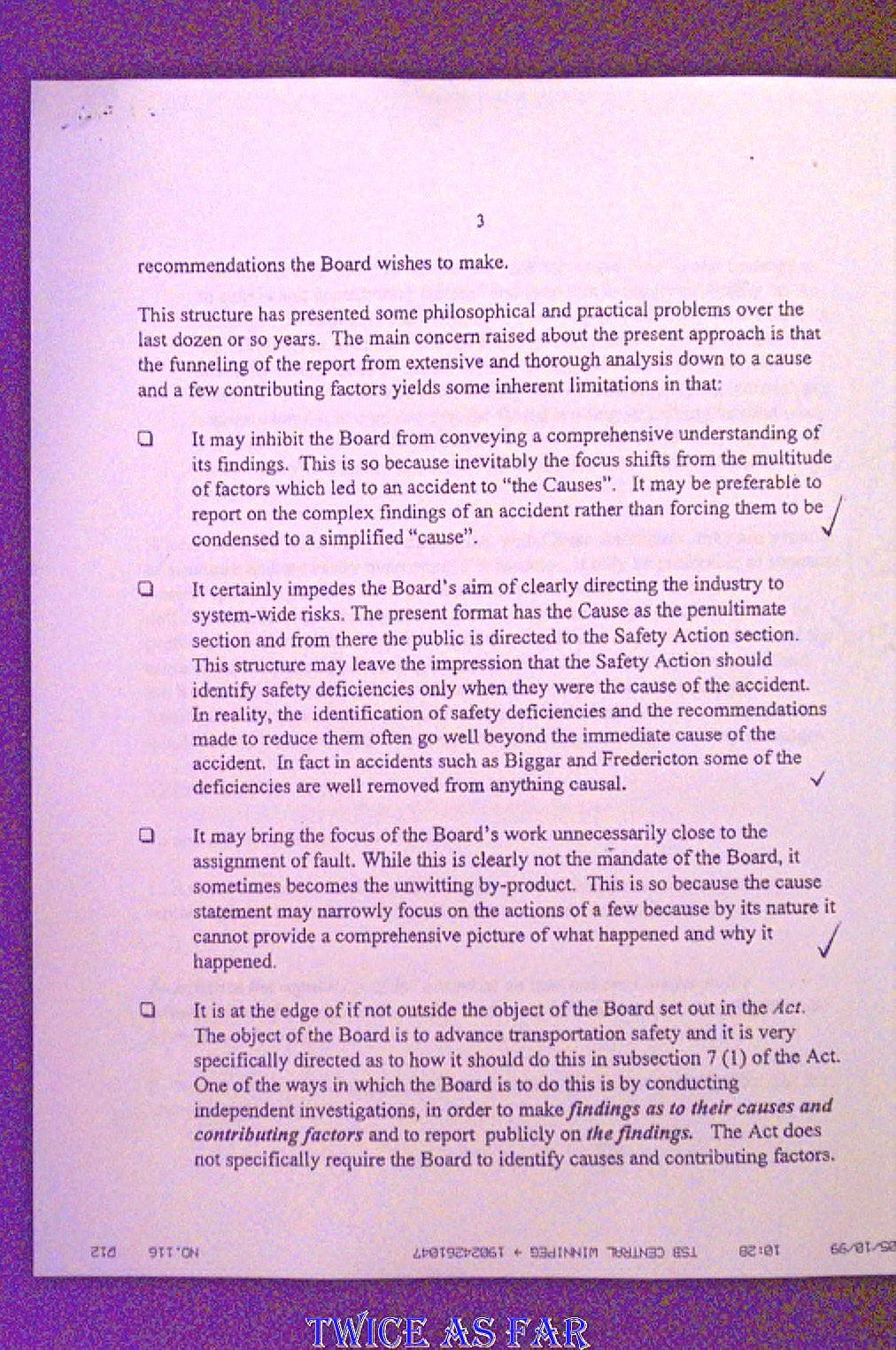 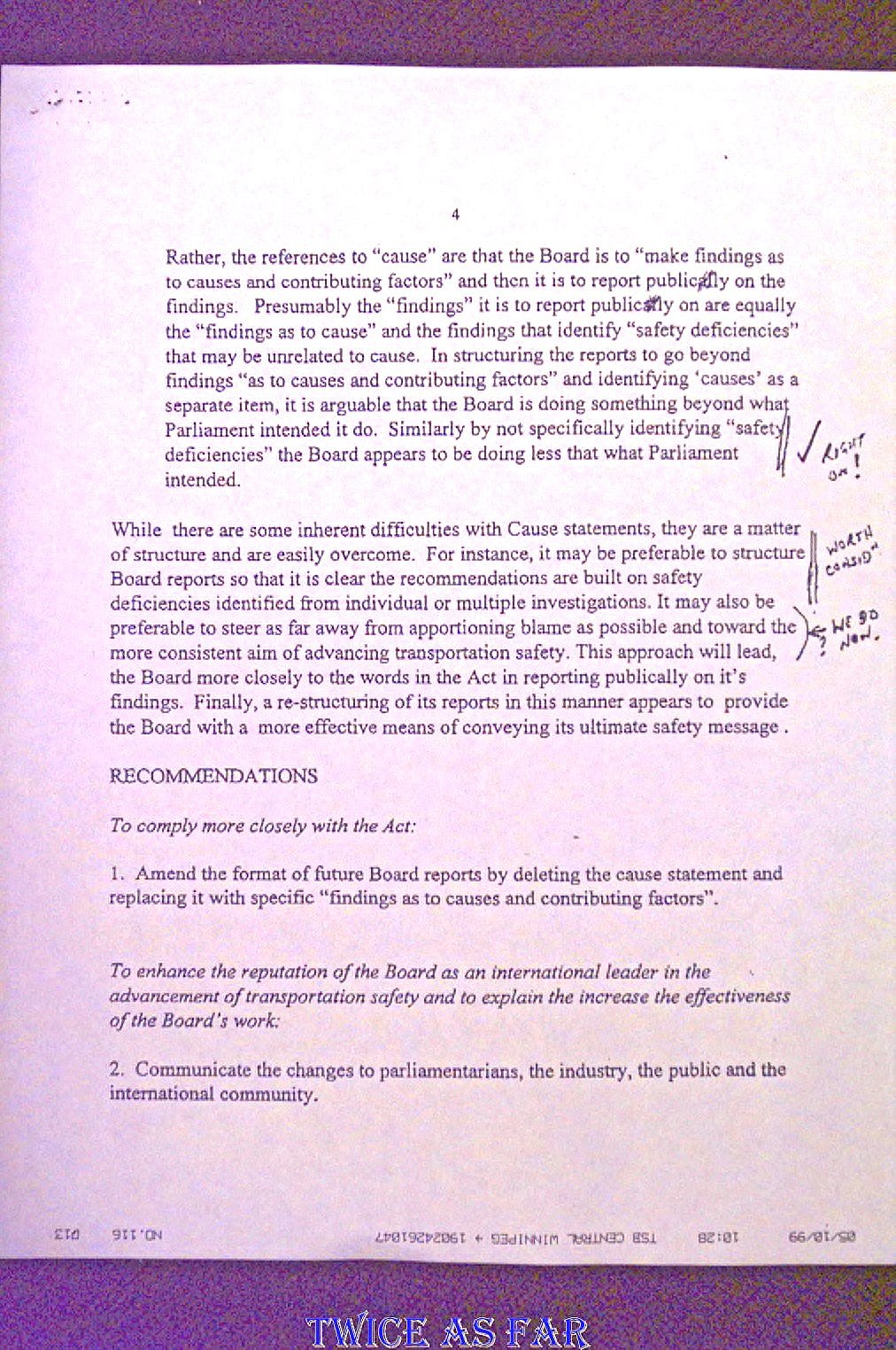 between the TSB and any Police Force in this country

that would allow them to act as the lead investigator

for any fatality incident involving planes, ships, trains, or pipelines.

the Agencies and Companies in the commercial airline industry

are indeed honest and totally transparant,

and that they have the best interests of the travelling public at heart,

perhaps they should take the time to view the following youtube link.

NOTE THAT THIS VIDEO PERTAINS TO THE BOEING 737

OR DURING THE TIME OF THIS CRASH INVESTIGATION BY THE TSB.

VIEW THE FIRST HALF,

AND THEN DURING THE SECOND HALF OF THE VIDEO

TO DO ANYTHING THAT WOULD DISRUPT THE NORM REGARDING THIS CRASH

WHAT AGENCIES INVESTIGATED EACH OF THE THREE CRASHES?

WHAT WERE THEIR FINDINGS?

WHY DID THEY DO NOTHING?